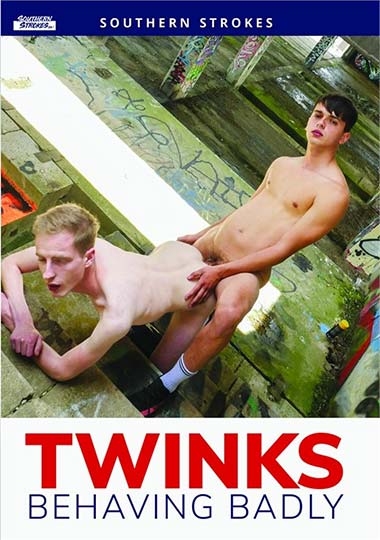 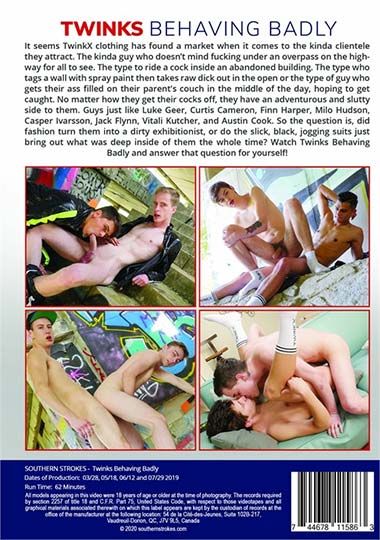 It seems TwinkX clothing has found a market when it comes to the kinda clientele they attract. The kinda guy who doesnt mind fucking under an overpass on the highway for all to see. The type to ride a cock inside an abandoned building. The type who tags a wall with spray paint then takes raw dick out in the open or the type of guy who gets their ass filled on their parent’s couch in the middle of the day, hoping to get caught. No matter how they get their cocks off, they have an adventurous and slutty side to them. Guys just like Luke Geer, Curtis Cameron, Finn Harper, Milo Hudson, Casper Ivarsson, Jack Flynn, Vitali Kutcher, and Austin Cook. So the question is, did fashion turn them into a dirty exhibitionist, or do the slick, black, jogging suits just bring out what was deep inside of them the whole time? Watch Twinks Behaving Badly and answer that question for yourself!