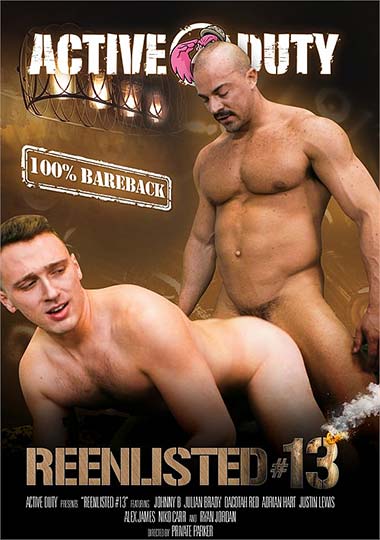 Johnny B gets his dick sucked by sexy new recruit Julian Brady. Dacotah Red has a huge hard on for Adrian Hart and Adrian sees the boner as a call to duty. He takes care of Dacotah’s thick dick before a super sexy flip fuck. Justin Lewis loves himself some big hard military cock. Lucky for him, Alex James is on the grounds and ready to fuck! During basic training Ryan Jordan and Niko Carr do some not-so-basic banging. These soldiers flip fuck and give each other a proper pounding.