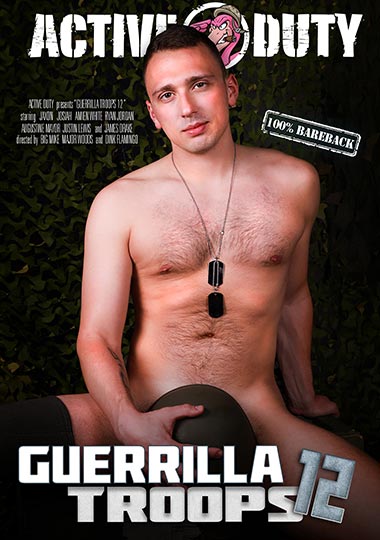 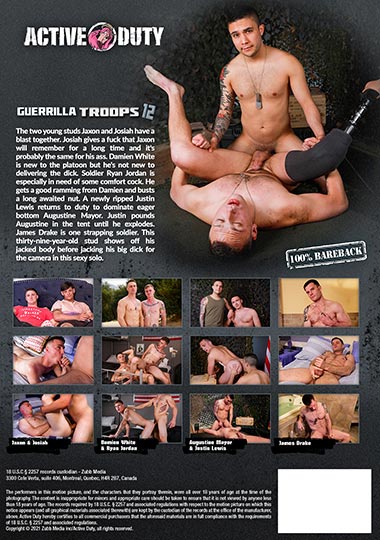 The two young studs Jaxon and Josiah have a blast together. Josiah gives a fuck that Jaxon will remember for a long time and it’s probably the same for his ass. Damien White is new to the platoon but he’s not new to delivering the dick. Soldier Ryan Jordan is especially in need of some comfort cock. He gets a good ramming from Damien and busts a long awaited nut. A newly ripped Justin Lewis returns to duty to dominate eager bottom Augustine Mayor. Justin pounds Augustine in the tent until he explodes. James Drake is one strapping soldier. This thirty-nine-year-old stud shows off his jacked body before jacking his big dick for the camera in this sexy solo.