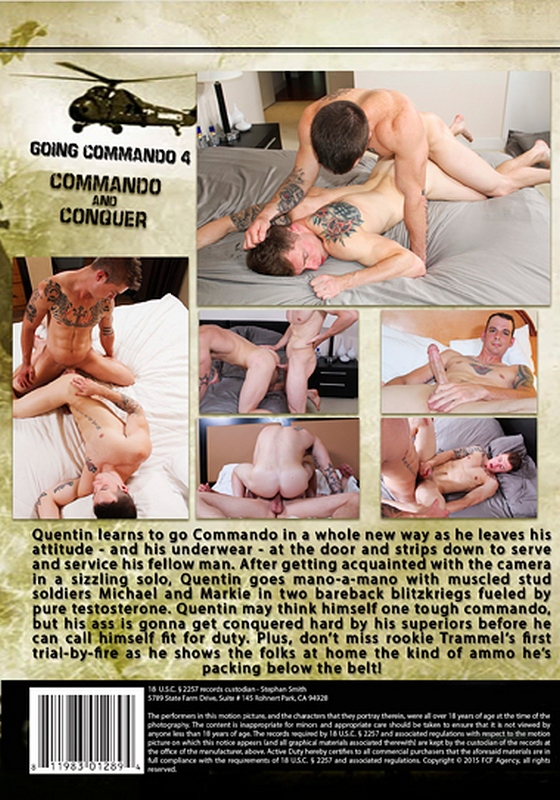 Quentin learns to go Commando in a whole new way as he leaves his attitude – and his underwear – at the door and strips down to serve and service his fellow man. After getting acquainted with the camera in a sizzling solo, Quentin goes mano-a-mano with muscled stud soldiers Michael and Markie in two bareback blitzkriegs fueled by pure testosterone. Quentin may think himself one tough commando, but his ass is gonna get conquered hard by his superiors before he can call himself fit for duty. Plus, don’t miss rookie Trammel’s first trial-by-fire as he shows the folks at home the kind of ammo he’s packing below the belt!