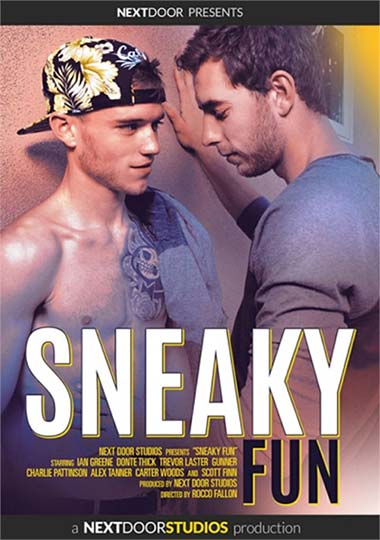 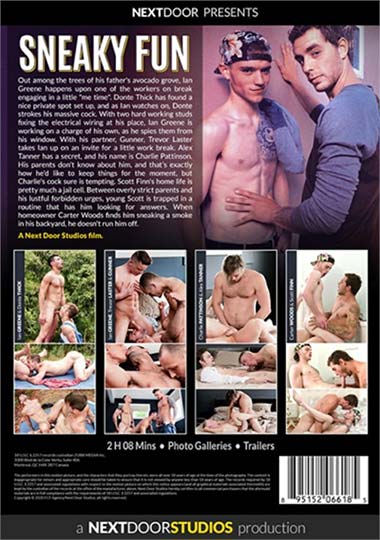 Out among the trees of his father’s avocado grove, Ian Greene happens upon one of the workers on break engaging in a little “me time”. Donte Thick has found a nice private spot set up, and as Ian watches on, Donte strokes his massive cock. With two hard working studs fixing the electrical wiring at his place, Ian Greene is working on a charge of his own, as he spies them from his window. With his partner, Gunner, Trevor Laster takes Ian up on an invite for a little work break. Alex Tanner has a secret, and his name is Charlie Pattinson. His parents don’t know about him, and that’s exactly how he’d like to keep things for the moment, but Charlie’s cock sure is tempting. Scott Finn’s home life is pretty much a jail cell. Between overly strict parents and his lustful forbidden urges, young Scott is trapped in a routine that has him looking for answers. When homeowner Carter Woods finds him sneaking a smoke in his backyard, he doesn’t run him off.