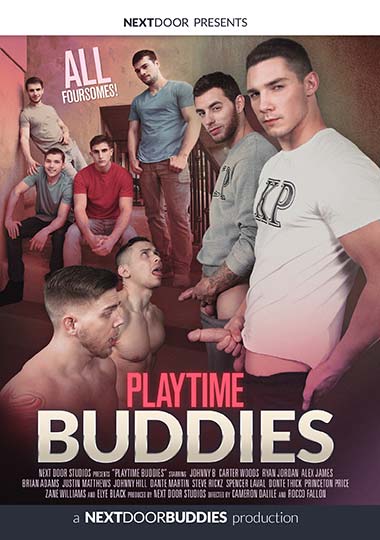 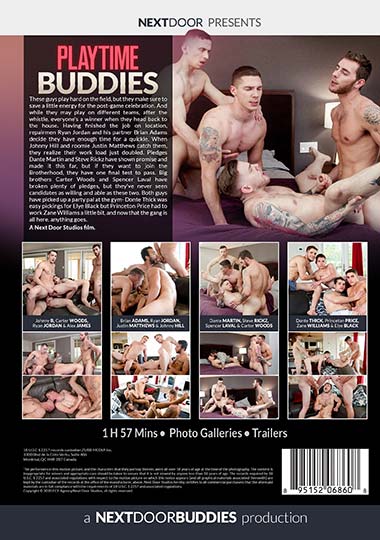 These guys play hard on the field, but they make sure to save a little energy for the post-game celebration. And while they may play on different teams, after the whistle, everyone’s a winner when they head back to the house. Having finished the job on location, repairmen Ryan Jordan and his partner Brian Adams decide they have enough time for a quickie. When Johnny Hill and roomie Justin Matthews catch them, they realize their work load just doubled. Pledges Dante Martin and Steve Rickz have shown promise and made it this far, but if they want to join the Brotherhood, they have one final test to pass. Big brothers Carter Woods and Spencer Laval have broken plenty of pledge, but they’ve never seen candidates as willing and able as these two. Both guys have picked up a party pal at the gym- Donte Thick was easy pickings for Elye Black but Princeton Price had to work Zane Williams a little bit, and now that the gang is all here, anything goes.