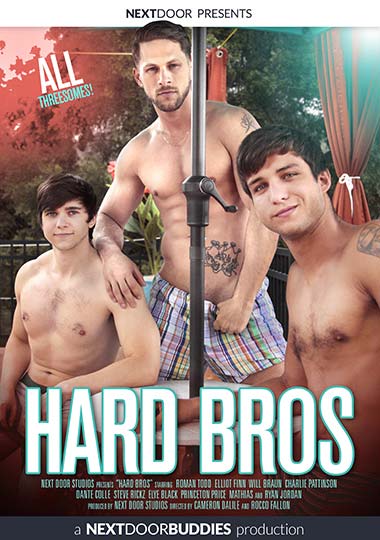 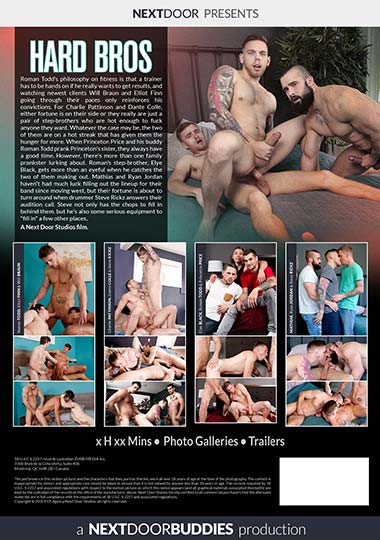 Roman Todd’s philosophy on fitness is that a trainer has to be hands on if he really wants to get results, and watching newest clients Will Braun and Elliot Finn going through their paces only reinf-rces his convictions. For Charlie Pattinson and Dante Colle, either fortune is on their side or they really are just a pair of step-brothers who are hot enough to fuck anyone they want. Whatever the case may be, the two of them are on a hot streak that has given them the hunger for more. When Princeton Price and his buddy Roman Todd prank Princeton’s sister, they always have a good time. However, there’s more than one family prankster lurking about. Roman’s step-brother, Elye Black, gets more than an eyeful when he catches the two of them making out. Mathias and Ryan Jordan haven’t had much luck filling out the lineup for their band since moving west, but their fortune is about to turn around when drummer Steve Rickz answers their audition call. Steve not only has the chops to fill in behind them, but he’s also some serious equipment to “fill in” a few other places.