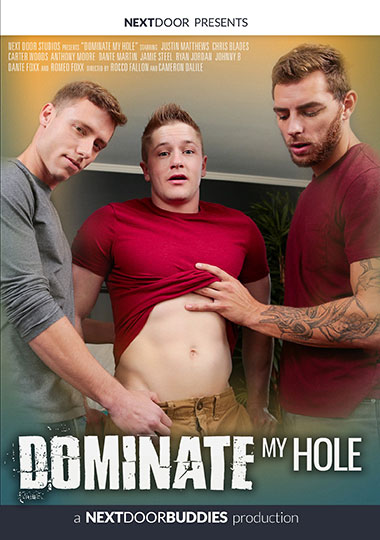 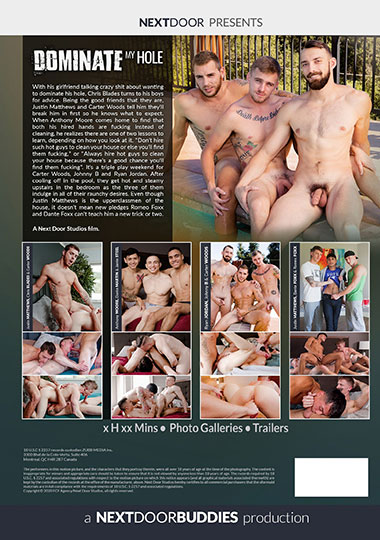 With his girlfriend talking crazy shit about wanting to dominate his hole, Chris Blades turns to his boys for advice. Being the good friends that they are, Justin Matthews and Carter Woods tell him they’ll break him in first so he knows what to expect. When Anthony Moore comes home to find that both his hired hands are fucking instead of cleaning, he realizes there are one of two lessons to learn, depending on how you look at it. “Don’t hire such hot guys to clean your house or else you’ll find them fucking,” or “Always hire hot guys to clean your house because there’s a good chance you’ll find them fucking”. It’s a triple play weekend for Carter Woods, Johnny B, and Ryan Jordan. After cooling off in the pool, they get hot and steamy upstairs in the bedroom as the three of them indulge in all of their raunchy desires. Even though Justin Matthews is the upperclassmen of the house, it doesn’t mean new pledges Romeo Foxx and Dante Foxx can’t teach him a new trick or two.