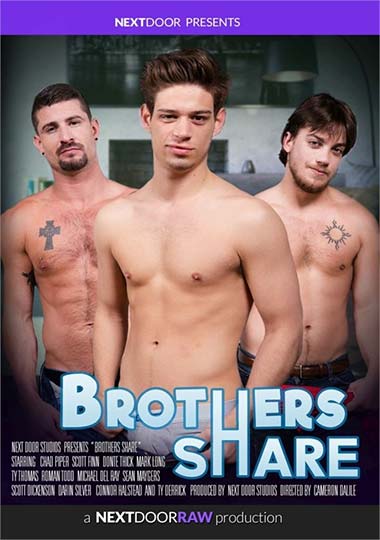 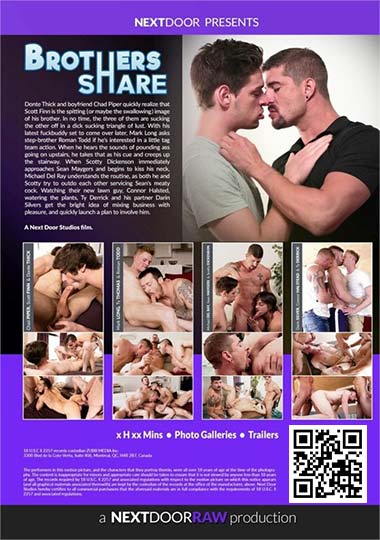 Donte Thick and boyfriend Chad Piper quickly realize that Scott Finn is the spitting (or maybe the swallowing) image of his brother. In no time, the three of them are sucking the other off in a dick sucking triangle of lust. With his latest fuckbuddy set to come over later, Mark Long asks step-brother Roman Todd if he’s interested in a little tag team action. When he hears the sounds of pounding ass going on upstairs, he takes that as his cue and creeps up the stairway. When Scotty Dickenson immediately approaches Sean Maygers and begins to kiss his neck, Michael Del Ray understands the routine, as both he and Scotty try to outdo each other servicing Sean’s meaty cock. Watching their new lawn guy, Connor Halsted, watering the plants, Ty Derrick and his partner Darin Silvers get the bright idea of mixing business with pleasure, and quickly launch a plan to involve him.